Making French-Style Bread at Home is a Slow but Very Rewarding Process....

Elegant Meat-Loaf, Baking in a Moderate Oven for an Hour

Elegant Bacon and Egg Meatloaf is Served
Meatloaf can be elegant! 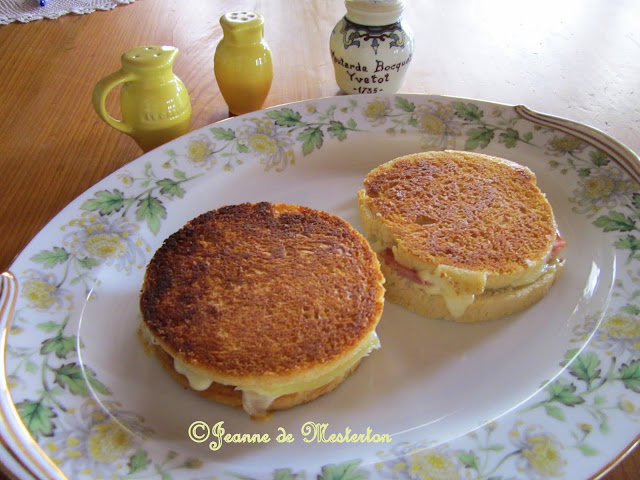 American flour is very soft, even the unbleached variety. So, authentic French-style bread in the U.S. is difficult to make. If you can locate unbleached white flours from France or Italy, they are perfect for making baguettes. To make French bread or baguettes like the ones shown in my photograph, I use my own starter for the dough, let it rise twice before I form it into loaves, and place a small pottery bowl of water in a very hot oven while the baguettes are baking. This moisture creates a crispy crust. 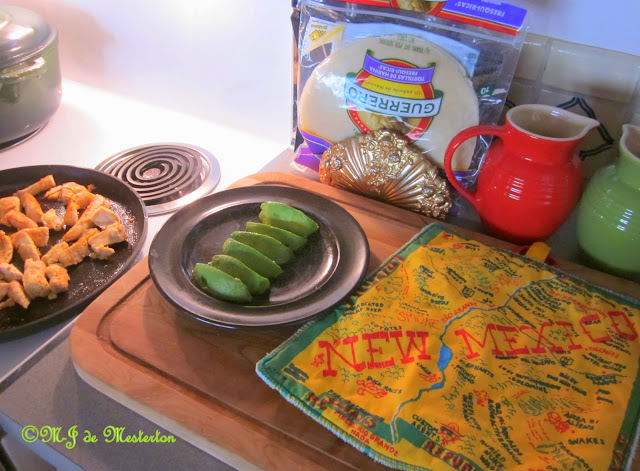 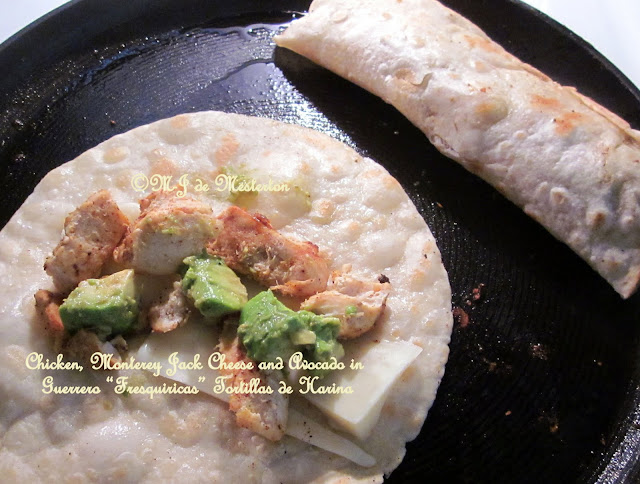 Roll and serve with a pitcher of salsa picante (mine is made with Chiles Serranos en Escabeche by  La Costeña (México), blended with a can of chopped tomatoes, lime and cilantro). 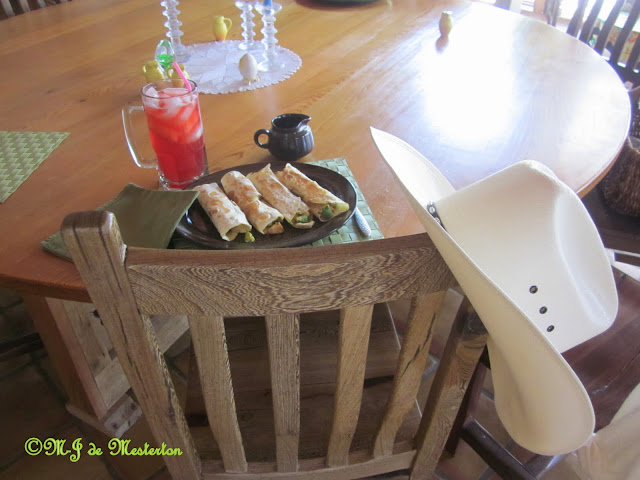 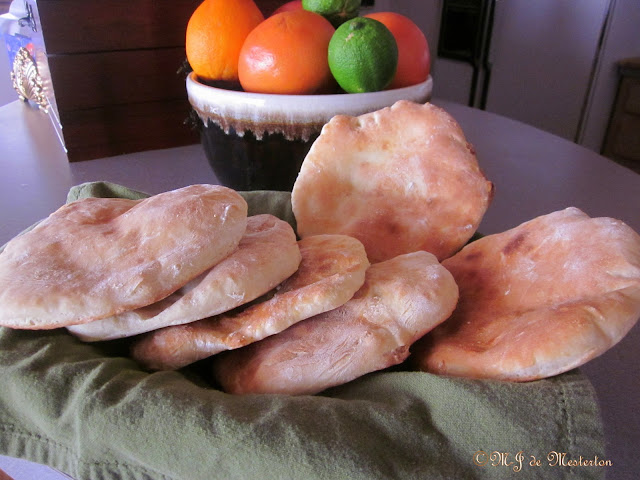 Yield: 8 Pitas Ingredients 3 cups of unbleached white flour 1 1/2 teaspoons of salt 1 tablespoon of sugar 2 teaspoons of yeast 11/2 cups of warm water 2 tablespoons of butter or your favorite vegetable/peanut oil Preheat oven to 400 degrees Fahrenheit. Mix the dry ingredients together in a large bowl. Add oil/butter and water. Knead for ten minutes. Form the dough into a ball and coat with oil, set into a bowl, and let rise for 90 minutes. Punch down your dough-ball, then divide it into 8 balls. Dust them with flour on both sides and, using a rolling-pin, flatten them into discs. Bake the pitas in your 400* oven on a stone or heavy, flat pan for approximately 5 minutes. ©M-J de Mesterton 2010 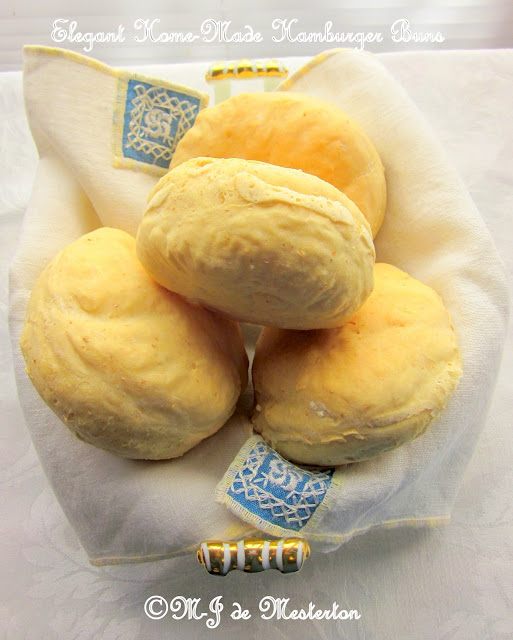 Hamburgers can be elegant when served in buns that you make at home. Please see The Elegant Cook for M-J's original recipe, on the Bread page.

I soak some day-old home-made bread in milk, cream, a dash of salt, cinnamon and sweetener for a half-minute, sprinkle with cinnamon and sugar, then bake it on a buttered baking sheet in a low oven (250*) until lightly browned and dry. Let it sit overnight in the oven for a real crunch. Optionally, you can remove the toast after baking it for an hour, and re-coat it in the milk, cream and cinnamon batter, sprinkle it again with cinnamon and sugar, then bake again for as long as you believe necessary. This toast is usually dunked into coffee, as it is meant to be very crunchy.