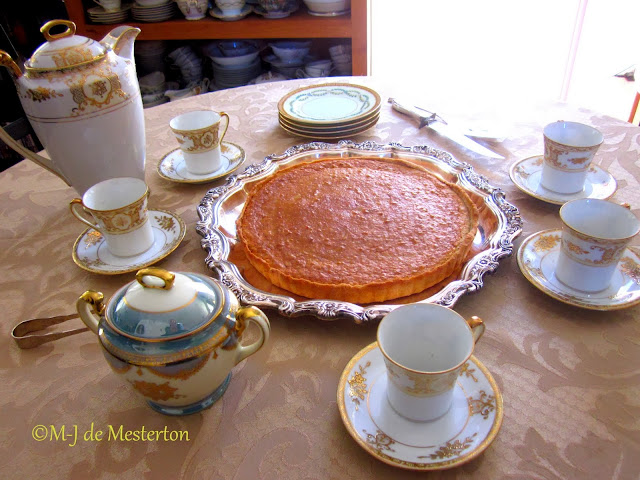 Fresh-tasting and robust, Starbucks' new Blonde Roast is coffee the way it tasted in the United States and Scandinavia before the dark-roast craze made everyone forget.... Yes, there is a good, old-fashioned coffee available in the ubiquitous Starbucks cafés, and you can take home a bag of the ground beans and brew it to your desired strength. My Scandinavian mother-in-law brought me this bag of Starbucks Blonde Willow Blend ground coffee lately, and as I made it for dessert in our French press, we passed it round the table so that we could breathe-in its lovely aroma. Usually, coffee smells better than it tastes, but not in this case--Starbucks'new offering, which I brewed using two tablespoons per cup because we Scandinavians prefer it strongly-brewed--tastes delightful (many who patronise Starbucks confuse strongly-brewed with darkly-roasted, and they are two vastly different things).
©Jeanne "M-J" de Mesterton

My mother, Lorraine, wrote and published this recipe in her 1990 food-history book:

Potica, Povitica, Pavatitsa or Povatica (updated and adapted by M-J)

About 9 cups of sifted flour (I prefer unbleached, white flour),

Dissolve the yeast in warm water. Combine scalded milk, sugar, salt, and butter. Cool until lukewarm. Stir slightly beaten egg yolks into yeast mixture. Add 4 cups of flour, mixing thoroughly. Add the remaining flour one cup at a time, forming a stiff but not sticky ball of dough. Knead the dough until it is soft, light and smooth. Place it in a greased or buttered bowl. Cover with a tea towel and let dough rise in a warm place for an hour and a half, or until doubled in bulk.

Process walnuts until they're finely ground. Heat cream in a large saucepan until almost boiling. Add the butter and let that melt. Mix the walnuts, sugar, salt and vanilla bread crumbs into the hot cream and butter. Then, gently fold your stiffly beaten egg whites in to the walnut mixture. Divide the dough into six equal parts; do not knead. With a rolling pin, flatten each piece into a large rectangle. Spread thickly with the walnut filling. Roll this jelly-roll style, carefully from the short end, pulling the dough thinner as you go along, so that the filling will be thick in between the dough layers. Twist the ends of loaves to seal them. Place loaves on greased cookie sheets (or, use loaf pans). Let the loaves rise in a warm place for an hour. Bake them in a 375* oven until lightly browned. After cooling for 15 minutes, remove loaves from the pans. and butter the tops of them lightly. Pavatitsa (also spelled "pavateca", potica, and povitica) can be frozen. 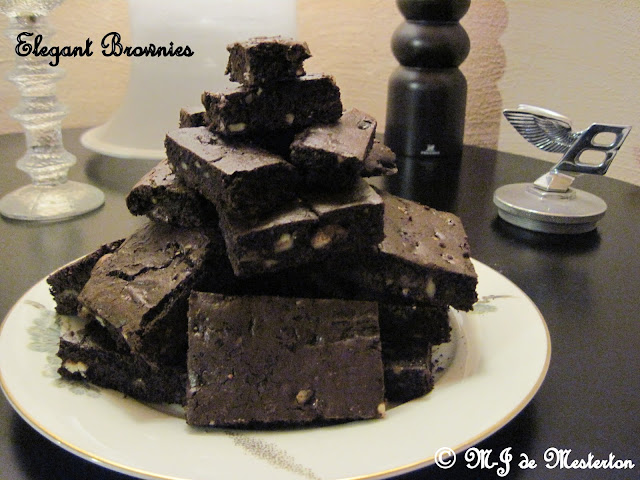 This is a traditional Swedish sweet bun that is baked for Shrove Tuesday or Fettisdagen,the second Tuesday in February. It is similar to cardamom braid, but baked in bun-form, split-open and filled with both an almond cream and whipped cream. I believe that semlor were the inspiration for the very popular “Beard Papa" brand dessert of Japan. Some Swedes put the semla (singular of semlor) in a bowl with warm milk, also known as‘hetvägg,’which means ‘hot wall’.  I prefer to eat semlor buns with coffee. An accompanying cup of  light-to-medium roast coffee is a must.

Ingredients for the Buns

2 eggs, beaten in a small bowl (you will need a pastry brush to apply this egg-wash to the buns before baking)

Melt the butter in a saucepan, pour in the milk and cook the mixture until lukewarm (99° F).

Put the yeast in a bowl and, adding a little of the warmed butter and milk, whisk until the yeast is completely dissolved.

Addthe rest of the butter, milk, salt, sugar, cardamom and most of theflour (set aside a little flour for the work-surface). Knead the dough until it is smooth, shiny, and will not stick to other surfaces, then place it in a large mixing-bowl. Cover the ball of dough with a tea-towel and let rise for 45 minutes.

Dust your work-surface with flour and place the dough there. Gently divide it into about 16 to 20 balls that will fit in the cupped palm of your hand.

Place the semlor buns on a baking sheet, and allow them to rise for 30 minutes. Preheat the oven to 440° Fahrenheit.

Brush the semlorna with the beaten egg, then bake them for about 10 minutes in the middle of the oven. Let these buns cool on a rack.

Cut the tops off of the buns, and remove from them some of their inner crumb, and put this in a mixing-bowl. Mix the moist crumbs with almond paste and 1/2 cup of milk until a soft cream has been created.

Distribute the filling into the buns. Whip the cream with a half-cup of powdered sugar until it is quite stiff, and put a large spoonful  of it on to pof each filled bun. Replace the bun-tops, and dust some powdered (confectioners’) sugar over your finished Swedish semlor buns.